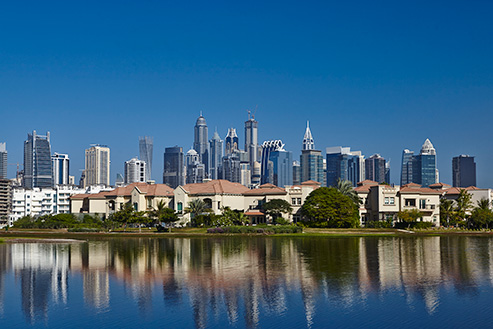 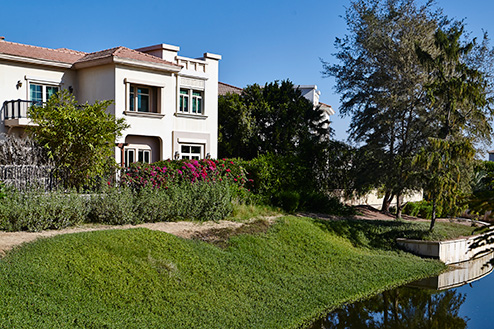 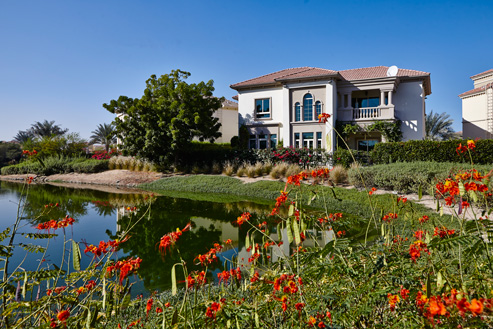 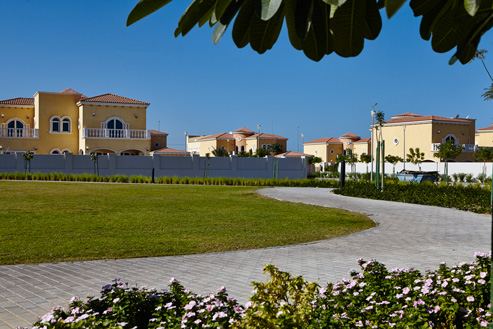 Metro: Nakheel
Rated by property experts as one of the top five neighbourhoods to raise a family in Dubai, Emirates Living is a desirable address with a range of villa-style houses in The Springs, The Lakes, The Meadows and the exclusive Emirates Hills.

Tree-lined streets and pathways, attractively landscaped lakes, gardens and recreation areas make it perfect for those who want to enjoy the peace and quiet of suburbia. Located between Sheikh Zayed Road and Al Khail Road, each individual zone of Emirates Living (for example Springs 6, Meadows 5) has its own gated security entrance. The gated-community feel runs throughout each neighbourhood, as kids play in the streets and parks, while adults jog the pavements. Traffic within each community is not a problem, though intersections near the highways can get busy at rush hour.

Of a similar style is the adjacent Jumeirah Islands community. There’s a well-established community there (see Jumeirah Island Club page on Facebook) and good health and leisure facilities.

The nearby apartments at The Greens are convenient for those working in Media or Internet City, as there is a flyover connecting the two sides of Sheikh Zayed Road.

​HEALTHCARE
The Rosary Medical Centre is located at Springs Town Centre in Springs 7, while nearby facilities include a private medical centre in Al Barsha, Medical Specialist Centre (04 340 9495), the Cedars Jebel Ali International Hospital, and Mediclinic Al Sufouh in Knowledge Village (04 366 1030). There’s also the Saudi German Hospital, close to The Greens.

SHOPS
There are supermarkets within the various compounds. There’s a Choithrams at The Springs end, a large Spinneys at Springs Town Centre and a Spinneys Market in the Meadows. The Greens also has a Choithrams and a small shopping centre. There are also beauty salons, pharmacies and ATMs. Both Ibn Battuta and Mall of the Emirates are only 10 minutes away.

​EMIRATES LIVING
Generally, the style and quality of all houses in Emirates Living is good. The smallest villas available are located in The Springs, the larger properties are in The Meadows and Emirates Hills.
Annual rental prices: Two-bedroom townhouse from
Dhs.115,000. Six-bedroom mansion from Dhs.350,000.

NEIGHBOURING COMMUNITY: JUMEIRAH ISLANDS
Jumeirah Islands is made up of small artificial islands, each home to 16 villas, sitting in a man-made lake.
Annual rental prices: Four-bedroom villa is from Dhs.295,000.

NEIGHBOURING COMMUNITY: THE GREENS
The Greens offers a range of one to four-bedroom apartments, which are well appointed but a bit small for the money. There are small lakes and pathways lined with trees and flowers.
Annual rental prices: One-bedroom apartment from Dhs.80,000. Three-bedroom from Dhs.140,000.

NEIGHBOURING COMMUNITY: JUMEIRAH PARK
Its prime location – next to Meadows, Lakes and Springs – is a draw. The three-, four- and five-bedroom villas are great for families. There’s a children’s day-care centre, play area, and kindergarten through to secondary school, as well as shops and restaurants.
Annual rental prices: Three-bedroom villa from Dhs.170,000.
Review