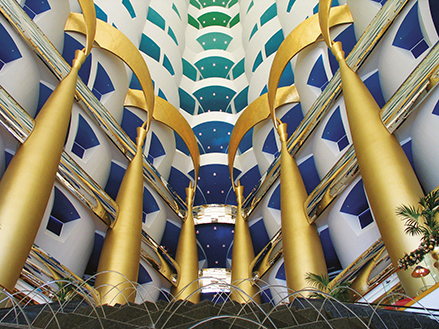 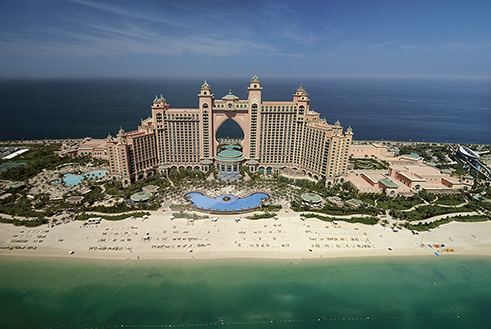 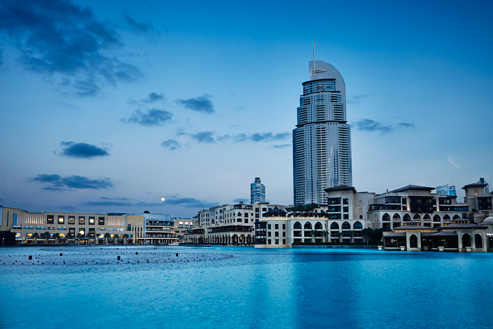 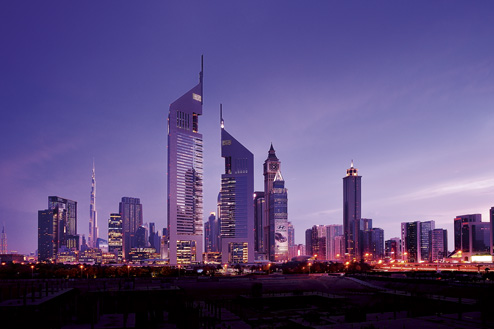 There is a vast array of hotels in Dubai, ranging from one of the most superlative and opulent in the world, the Burj Al Arab, with a rack rate in the region of Dhs.11,000 for a night in a standard suite, right down to the cheapest digs in areas such as Deira costing under Dhs.200 a night. There is an increasing number of internationally branded budget hotels, plus a handful of B&Bs, and there’s even a youth hostel.

While the hotels at the higher end of the market offer superb surroundings and facilities, those at the cheaper end vary – you get what you pay for. There are dozens of the world’s leading hotel brands to be found here, many of them housed in some of the city’s most iconic buildings.

The Dubai Department of Tourism & Commerce Marketing (DTCM) oversees a hotel classification system that gives an internationally recognised star rating to hotels and hotel apartments. This is being updated to include a budget hotel category, and Gold and Platinum Accolades for outstanding hotels and resorts.

Affordable Options
Bur Dubai and Deira have plenty of notable hotels for guests staying in this buzzing end of town, and they won't blow the budget. The Crowne Plaza Dubai Deira is home to legendary buffet restaurant Spice Island, and the JW Marriott Hotel Dubai is known for its theme nights and brunches. The Dhow Palace Hotel and the Park Regis Kris Kin Hotel also offer great facilities with rooms available at competitive prices. Radisson Blu, Novotel, Rotana, Sheraton and Holiday Inn all have various branches around the main areas of the city, each with its own popular brunch options and bars.


Guesthouses
While not hugely common in Dubai, guesthouses are becoming more popular. Smaller in size, B&Bs offer a homely feel and are ideal for guests who want to see more of the ‘real Dubai’. Located in residential areas, they won’t have access to private beaches, but there is no shortage of good public beaches to enjoy. Some will have their own pool, while owners will be only too happy to give personal recommendations on what to see, and things to do. Villa 47 (04 286 8239, villa47.com) has only two guest rooms, but is located close to the airport in Garhoud. It’s also just a stone’s throw from the Irish Village, which has ample dining and drinking venues. You can book through the usual online portals.