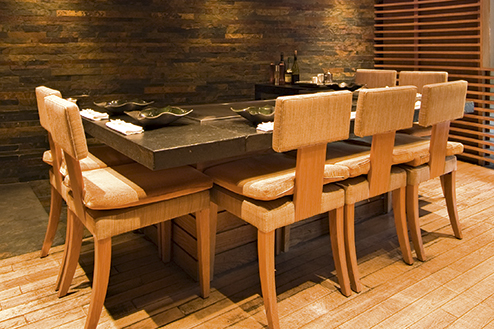 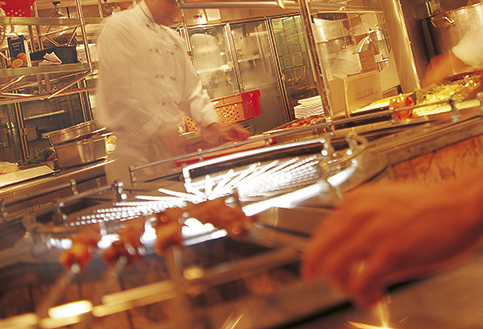 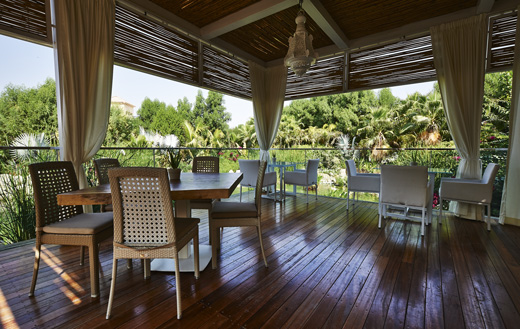 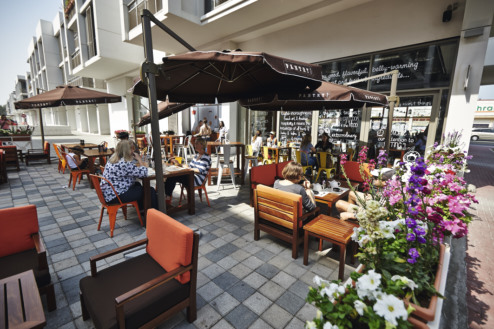 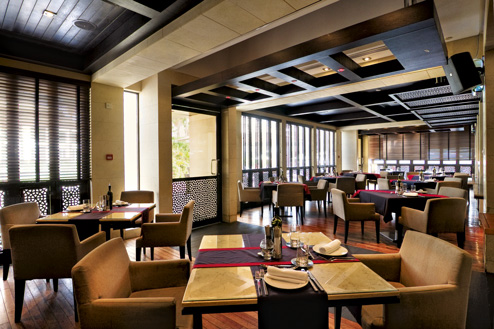 While Dubai is well known for its high-end dining options, don’t let first impressions deter you from giving some of the budget establishments around town a go. Food and drink outlets are subject to regular checks, so basic hygiene requirements are usually met; a good barometer is to choose an establishment which has a large number of hungry eaters wolfing down their dinner, so you know that the turnover of ingredients is high.


You will find that restaurants tend to fill up later in the evening, with the hip Lebanese crowd often not eating before 10pm at the weekends.

Wherever you’re heading to dine, it’s generally best to leave the flip-flops and shorts on the beach and trade up to smart trousers and shiny shoes – you may get some funny looks if you turn up looking like you’ve just rolled off your sun lounger.
New smoking laws are slowly being introduced and by mid-2014 smoking will not be allowed in any restaurant smaller than 1,000 square feet; those restaurants that do have smoking areas will have to limit the area to a maximum of 50% of the dining area. At the moment, smoking is banned in some restaurants and bars, but there are still many places where you can light up.
Vegetarians are generally well catered for, as Dubai is home to a large population from the subcontinent who are vegetarian by religion. It’s a good idea to confirm ingredients with staff, just in case meals which at first appear vegetarian may in fact have been cooked using animal fats. Arabic cuisine, although heavy on meat-based mains, offers a great range of mezze that are mostly vegetarian.

Ramadan Timings
During Ramadan, opening and closing times of restaurants change considerably. Because eating and drinking in public is forbidden during daylight hours, many places only open after sunset, then keep going well into the early hours. Restaurants in some hotels remain open, but will be screened off from public view. Live entertainment is not allowed, so while some nightclubs remain open, all dance floors are closed.

Taxes and service charges
Look out for the small print at the bottom of the bill and you may spot the words ‘prices are subject to 10% service charge and 6% tourism fee’. The service charge is rather misleading as it isn’t passed onto the staff, and there’s no option to opt out if you’re not happy with the service. If you do want to tip the waiting staff though, 10% is the norm – and try to give them cash if you can. Tourism tax is only levied in hotels.
Review