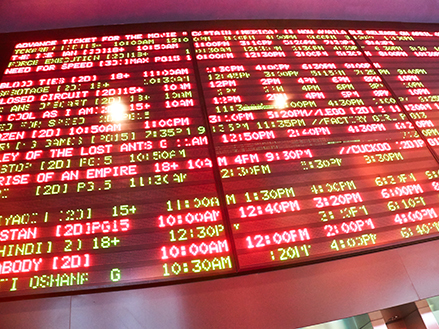 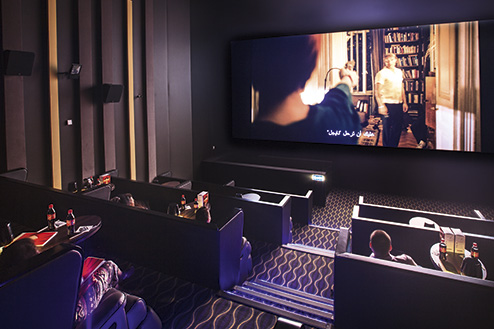 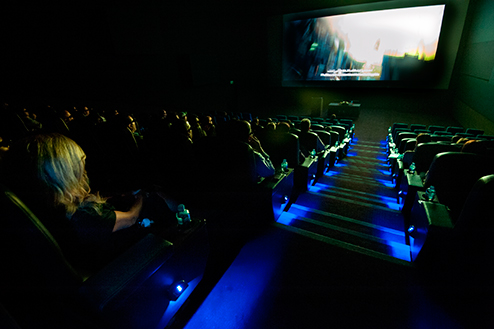 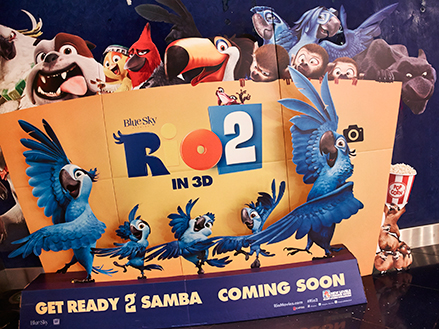 If you’ve left the cinema feeling like you’ve somehow missed something, then it’s likely you have. Nevertheless, censorship is less heavy handed than it used to be, when you might have been forgiven for wondering if Harry even met Sally, (although gratuitous violence is rarely cut). Freezing air conditioning, mobile phones, babies and general chattering is also likely to interfere with your movie experience.

The big cinemas are located in the shopping malls, and most of the Hollywood and Bollywood blockbusters make it to Dubai screens. Also, sound quality can be a little off and Arabic (and often French) subtitles cover the bottom of the screen. That said, it’s a great place to cool off during summer. VOX Cinemas rents out screens for private use if you want it all to yourself; you can even play video games on the big screen.

The IMAX theatre at Meydan in Nadd Al Shiba shows all of the big 3D movies (as does the IMAX at Ibn Battuta Mall) as well as the occasional documentary.

Alternative screenings
While most of the cinema multiplexes only show big Hollywood movies, several bars and clubs put on screenings of older, foreign and independent films, usually early in the week and free of charge. The Scene Club is a monthly film club that screens international independent films, followed by a Q&A with the director or producer. These free screenings are held in Knowledge Village, and simply sign up to register for a seat. It is also worth keeping an eye on the local press for details of one-off screenings at some of the city’s more progressive art spaces, such as The Jam Jar and Shelter.


Movies under the stars
During the temperate winter evenings, you can flop down onto a beanbag or comfy sun lounger and watch a movie under the night sky. Food and drinks are often available too. Try rooftop viewings at Wafi Mall every Sunday from October to the end of May for free; or on Fridays try The Address Montgomerie’s Dive In Movies where you can tuck into popcorn, a tasty barbecue and other snacks as you relax on inflatable chairs – in the pool or on the deck. Movies & Munchies at Desert Palm, or poolside movies at Dubai Polo & Equestrian Club are also worth checking out.