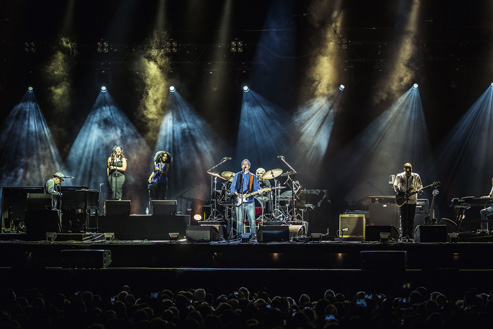 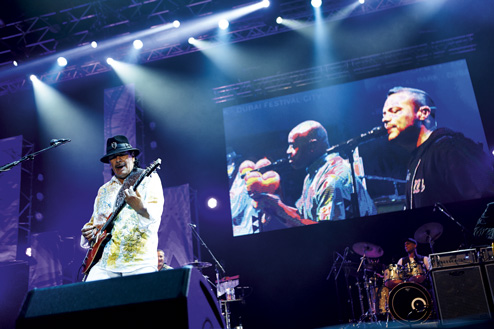 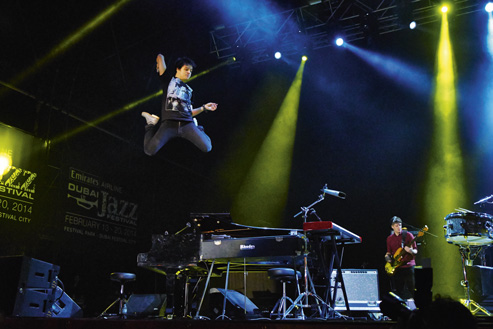 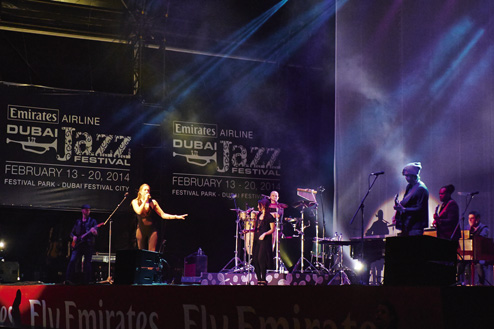 Dubai hosts a number of concerts each year, and it seems to be attracting bigger and bigger names. Past acts to play here include J-Lo, Kylie, Robbie Williams, Mariah Carey and Muse. These big name acts usually play at outdoor venues such as the Tennis Stadium, Dubai Autodrome, Dubai Festival City, Dubai World Trade Centre Arena, the amphitheatre at Media City or the Sevens Stadium. Smaller gigs with the likes of Bob Geldof, Texas and the Happy Mondays have been held at the Irish Village. Outdoor concerts tend to take place between November and April due to the weather.

Further afield, dance music events such as Creamfields are put on by Flash Entertainment at du Forum, while Beats on the Beach takes place around the Formula 1 weekend; a free concert on Abu Dhabi’s Corniche beach that has seen Ludacris, Missy Elliott and Sean Kingston perform.

In terms of local bars that host live bands, Dubai is not as musically progressive as say, London, but there are a few choice venues around. The Fridge is an alcohol-free venue in a converted warehouse in Al Qouz that has performances from local and expat artists; The Music Room in Bur Dubai has live bands and jam sessions; Barasti at Le Meridien Mina Seyahi Beach Resort & Marina has live guitar bands; and there’s usually performances at The Irish Village in Garhoud. New to the scene is Freshly Ground Sounds, an initiative to create a community of independent acoustic musicians who play live across Dubai.


The Emirates Airline Dubai Jazz Festival
This popular event goes from strength to strength with past performers including The Script, James Morrison, James Blunt, Jools Holland and Macy Gray. The 2013 event attracted more than 55,000 fans over nine days with a mix of jazz,  blues, funk, swing, acid, rock, contemporary, modern, and fusion. The venue is now at Festival Park in Dubai Festival City. To make an evening of it, take a picnic blanket, wrap up warm and explore the stalls before relaxing in front of the stage.
Sandance
Sandance is a hugely popular music festival held on Nasimi Beach at Atlantis, The Palm, with dazzling past acts including Rita Ora, Ellie Goulding, Stereophonics, Dizzee Rascal, Kaiser Chiefs, The Killers and Soul II Soul. Early birds can chill out on the beach as the sun goes down, before the party kicks off and hundreds of people are dancing in the sand. There are several live music acts as well as DJs and the night doesn’t start to wind down until at least 2am. VIP tickets sell out fast.
Review